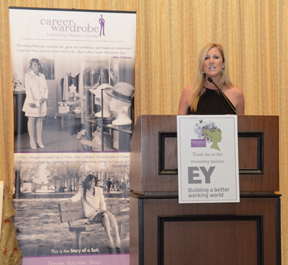 My mom had a mantra, “You are not allowed to complain about something unless you are going to do something about it.” This mantra was gift that gave me a “solution-driven” mindset which is positive and productive.

We’ve all met the complainers…the one’s who are never satisfied with what’s in front of them, or around them. They see the cup as half-empty instead of half-full and the sky partly-cloudy instead of partly-sunny. When given a suggestion, you’re told how it will never work, won’t be right, too hard to accomplish. They’re a drain on everyone around them and only manage to bring everyone down.

You don’t want to be that person! Decide to release that negativitiy and find the solutions for yourself. Let yourself see the glass as half-full, the sky partly sunny, and know your ideas and ambtions will work a heck of a lot better than the person who doesn’t even try to make their situation better.

Be part of the answers, not someone that only points out the problems.

“No matter how complicated a problem is, it usually can be reduced to a simple, comprehensible form which is often the best solution.”
— An Wang
https://careerwardrobe.org/wp-content/themes/career-wardrobe